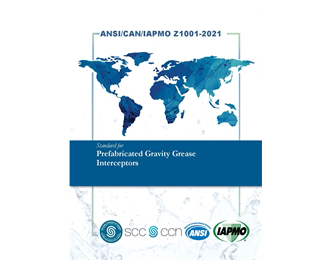 The International Association of Plumbing and Mechanical Officials (IAPMO®) has published ANSI/CAN/IAPMO Z1001, Prefabricated Gravity Grease Interceptors, as an American National Standard (ANS) and National Standard of Canada (NSC). The binational standard is available in both English and French.

A copy of ANSI/CAN/IAPMO Z1001-2021 may be purchased through the IAPMO Online Store in English
or French.